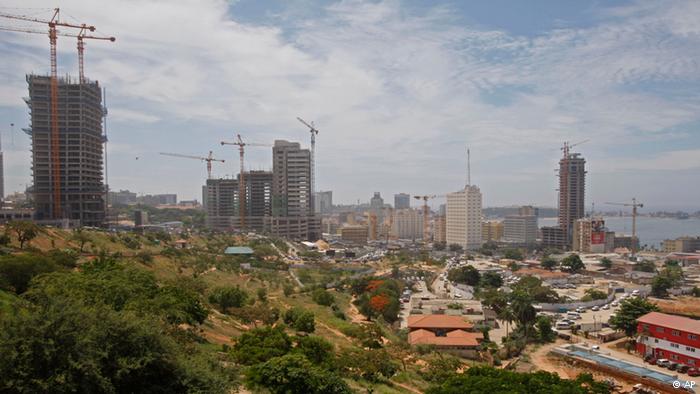 NAIROBI (HAN) August 24.2016. Public Diplomacy & Regional Security News. By Henry Lyimo. Despite global economic headwinds, Africa’s success story continues. The continent once labelled hopeless and backward just a few years ago, is now considered the world Cinderella after many countries changed course in the past two decades and achieved significant growth, reductions in poverty and improvements in social services.

The economic growth rate of the continent in the last few years has been significantly higher than the global economic average. In 2015, for example, Africa’s economic rate of growth was expected to be 3.1 per cent as compared to a global average of 2.6 per cent although it slowed due to multiple shocks including sharp decline in commodity prices, tighter financing conditions, economic slowdown in China and severe drought in southern and eastern Africa.

However, despite the global headwinds, Africa’s economy is still strong, with African Development Bank (AfDB) in its latest economic outlook for the continent, forecast economic growth rate of 3.7 per cent, which is expected to be the second fastest growing continent in the world behind Asia whose growth is projected to reach 6.3 per cent.

According to AfDB, the global economy is forecast to grow by 3.2 per cent as compared to 1.9 per cent for the United States, 1.5 per cent for the Eurozone and 0.5 per cent for Japan. In addition, Africa has about six of the fastest growing economies in the world, with economic growth rates all above 6.5 per cent.

These include Ethiopia (10 per cent), Cote d’Ivoire (8.9 per cent), the DRC (7.7 per cent), Tanzania (7.0 per cent), Rwanda (6.9 per cent) and Kenya (6.0 per cent). Africa’s rapid growth is raising strong optimism that the strong growth may be setting a stage for transformation into an economic success and a model for other regions of the world. The Economist, for instance, had predicted way back in 2011 that Africa has a real chance to follow in the footsteps of Asia which has been home to the world’s fastest growing economies for the last four decades.

However, the success story of the continent is marred by a huge infrastructure gap which is holding back its growth. Yawning infrastructure gap, as some refer to, include power, road density, water storage and irrigation.

These comprise of the continent’s large infrastructural deficit which is holding it back. To put it in figures, the road access rate in Africa is only 34 per cent, compared with 50 per cent in other parts of the developing world, while transport costs are 100 per cent higher.

Only 30 per cent of Africa’s population has access to electricity, compared to 70-90 per cent in other parts of the developing world. Water resources are underused with only 5 per cent of agriculture under irrigation.

According to AfDB, transport costs represent 30 to 50 percent of total export costs which contribute in making our uncompetitiveness. However, Africa’s largest infrastructure deficit is to be found in the power sector.

Whether measured in terms of generation capacity, electricity consumption, or security of supply. Africa’s power infrastructure delivers only a fraction of the service found elsewhere in the developing world. The 48 countries of Sub-Saharan Africa (with a combined population of 800 million) generate roughly the same amount of power as Spain (with a population of 45 million).

Africa’s infrastructure financing deficit is estimated to be 100 billion US dollar a year. A 2009 World Bank (WB) estimates quoted in Spanning Africa’s Infrastructure Gap report by the Economist, indicated that over 90 billion US dollar annually was required in Sub-Saharan Africa alone, a figure likely to have increased in the six years that have passed since then.

According to the report, private-sector financiers have allocated 8.7 billion US dollars into infrastructure projects in 2013 across a host of sectors, including power, communications and transportation.

Though they comprise significant amount, the finances by the private sector are not enough to bridge the huge infrastructure deficit which has ballooned due to increased economic activities including trade, expanding of manufacturing base and rapid population growth.

To put that into perspective the amount less than 13.8 billion US dollars to finance construction of a standard gauge railway in Kenya which is partly supported by China’s Exim Bank. A

nd it is not so much higher than the cost for construction of a 2,190-kilometre standard gauge railway in Tanzania estimated at 6.7 billion US dollars to be supported by the same bank .

With dwindling finances from the traditional donors and insufficient support from the private sector, a number of emerging economies have begun to play a growing role in the finance of infrastructure in sub-Saharan Africa.

Their combined resources flows are now comparable in scale to traditional official development assistance (ODA) from OECD countries or to capital from private investors.

These non OECD financiers includes; China, India and Gulf States, with China being by far the largest player. Over the last decade, China has risen to become the single largest trade partner for many African countries and a major source of financial support for various development projects being undertaken on the continent.

Ten mega-infrastructure projects in Africa under financial support from China has a combined cost of more than 50 billion US dollars, according to our calculations.

These includes; 12 billion US dollars worth coastal railway line in Nigeria expected to link Lagos the nation’s economic capital, with the eastern city of Calabar, passing through 10 states.

It will also link cities with the oil rich state of Niger Delta; the Modderfontein New City Project, being built on the outskirts of the country’s capital, Johannesburg under financial support of 7.0 billion US dollars from China.

The city will be home to at least 10,000 residents upon completion. The city will have finance and trade facilities, an industrial zone, sports and recreation facilities and an African heritage theme park.

Other mega projects include construction of a standard gauge railway in Tanzania where the government secured 6.7 billion concession loan from China’s Exim Bank for the construction of the railway that will link Rwanda and Burundi with the Indian ocean port.

The planned railway line whose construction begins this financial year will improve regional trade links and help to boost the economies of Tanzania and its landlocked neighbours including Uganda, Rwanda, Burundi and the Democratic Republic of the Congo (DRC).

The standard gauge railway in Tanzania is only expanding Beijing’s presence in East Africa’s second-biggest economy which is dated back in the early 1970 during construction of the TAZARA railway, a 1,860 km (1,160 mls) long single-track railway that links Dar es Salaam port with the town of Kapiri Mposhi in Zambia’s Central Province.

China’s support for infrastructure projects in Tanzania include the planned mega port and economic zone at Bagamoyo in Coast Region that is expected to cost at least 10 billion US dollars and the km (330 mile) natural gas pipeline from Mtwara to Dar es Salaam constructed under a 1.2 billion US dollar loan from China’s Exim Bank. 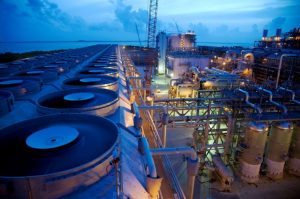 The few selected projects offer a testimony to China’s support to bridge huge infrastructure gap in Africa. For those already completed are impacting positively on growth and poverty reduction through improved power supply, enhanced intra-Africa trade and promotion of the continent’s industrialisation and agriculture development.

In a presentation at China – Africa Media & Think Tanks Symposium held in Mombasa, last week, Prof Humphrey Moshi of the University of Dar es Salaam (UDSM) closing of the infrastructure gap is vital if the continent were to achieve her aspirations of enhanced growth rates, poverty reduction, reduced cost of doing business, scale-up competitiveness, enhanced intra-Africa trade and structural transformation of the economy.