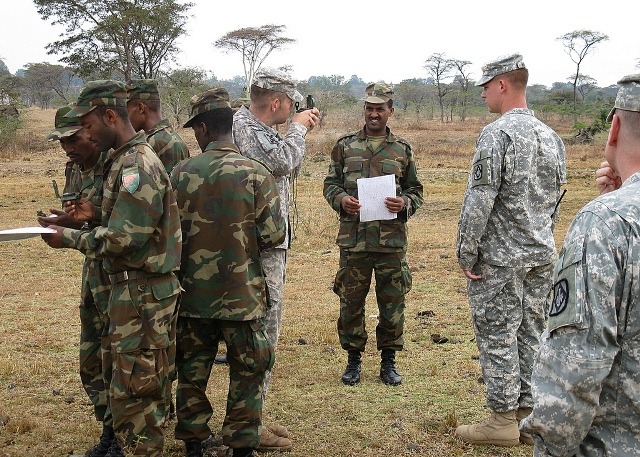 Djibouti (HAN) April 14, 2014 – Medhane Tadesse – Global Fire Power seem to have missed the point that the Ethiopian military establishment is more experienced in combat than that of Algeria and Egypt. Preparedness at all times and capacity to project power across national borders should have been an important consideration. In this regard Algeria and Egypt are not even in the picture. The Zimbabweans have tried to do some effective cross border operations in Mozambique and DRC but the scale and depth of it is not comparable to that of Ethiopia.

Ethiopia is ranked as the strongest military power in Sub Saharan Africa, according to a study by Global Fire Power. As far as this particular report is concerned Africa’s strongest military is Egypt thanks to annual military aid from the USA followed by Algeria and Ethiopia. The study claims to make use of over 40 factors to determine each country’s power index. For instance,Ethiopia with a total population of 93 million people has 182,500 active frontline personnel. More than 24 million people are considered fit for military service. The report describes Ethiopia’s military arsenal in figures. I don’t know about these numbers, what I do know is that the study seems to have curiously ignored very important factors in its analysis.

My take on this: I feel the ranking by Global Fire Power missed the point that the Ethiopian military establishment is more experienced in combat than that of Algeria and Egypt. Though it is less explicit about it,GFPs major problem with Ethiopia seems to be that it does not have a historical and cultural perspective.The methodology is fond, for instance,of military hardware but these are potentially misleading. It is dead set on quantitative analysis. The point is not that the figures cannot establish a reasonably accurate data set and rankings. Of course they do. The point is that they have no monopoly on the final conclusion and study findings.

The history of military prowess is more important than the number of active frontline personnel, the number of tanks or fighter jets. For instance,the Ugandans have increased their air force in recent years but this doesn’t mean they have a fighting capacity. They lack the experience.The way the Ethiopian military is organized also adds to its operational effectiveness. All the Cores and divisions can make standalone operations without critical support from other sectors. The issue of self sufficiency, depending on your internal supply for major operation, is critical in this regard. Reliance on your own institutions and supplies even in the event of urgent military missions, the sense of preparedness at all times and capacity to project power across national borders is, I believe, an important consideration. In this regard Algeria and Egypt are not even in the picture. The Zimbabweans have tried to do some effective cross border operations in Mozambique and DRC but the scale and depth of it is not comparable to that of Ethiopia. Taken all the above into consideration, the primary military power in Africa is Ethiopia followed by Angola.