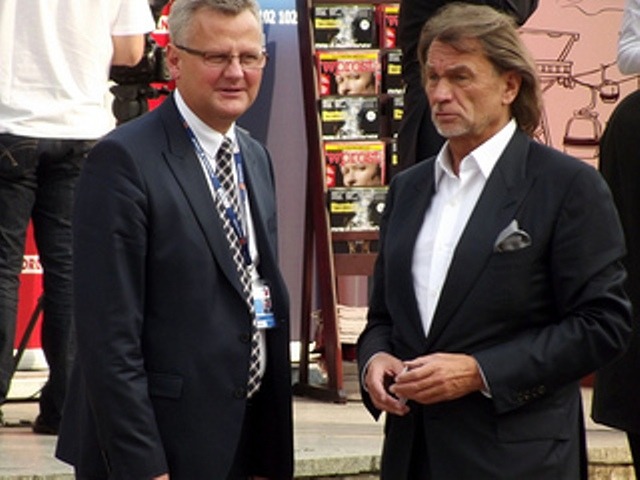 Djibouti (HAN) April 14, 2014 – BY BRUH YIHUNBELAY – Poland’s richest man, Jan Kulczyk, founder and owner of Kulczyk Holding SA (headquartered in Warsaw) and international investment house, Kulczyk Investments with headquarters in Luxembourg and offices in London, Kiev and Dubai, came to Ethiopia this week and met with Prime Minister Hailemariam Desalegn and officials from the African Union.

With an estimated net worth of USD 3.9 billion, he was ranked 402 on the World’s Billionaire list by Forbes. His arrival makes him the third billionaire after Sheik Mohammmed Al-Amoudi (USD 15.4 billion) and Aliko Dangote (USD 25 billion) to show business interests in Ethiopia. He has a diversified portfolio of investments and currently over half of Kulczyk’s investments are tied up in beer maker SABMiller. Apart from that, Kulczyk Investments holds a 40 percent stake in Neconde Energy Limited, a consortium that acquired an oil production license in Nigeria.

Currently, Kulczyk is looking to expand his investment portfolio in Africa and, apart from Ethiopia, Kulczyk had plans to invest in the newly-formed country, South Sudan, The Reporter learnt, however, Ethiopia turned out to be his pick.

In addition, Kulczyk’s investment firm is looking for gas off the east and west coasts of Africa through Ophir Energy, in which Kulczyk Investments holds a 9.6 percent stake.

All in all, he has invested USD 1.1 billion in Africa, also buying a gold mine in Namibia, a coalmine in Mozambique, fertilizer production in Nigeria, iron ore in Congo-Brazzaville and gas fields in Tanzania. Kulczyk Investments says the African investments are profitable.

Last month the Financial Times reported that Kulczyk had roped several other Polish tycoons into an initiative aimed at boosting Poland’s presence in Africa, which, aside from Kulczyk, is marginal. Trade between Poland and the whole continent came to only one percent of Poland’s trade turnover, although it did grow at a 16 percent pace in 2012.

Asseco, an IT company and Ursus, an agricultural machinery manufacturer, are already present in Ethiopia. Last month, Asseco and the Ethiopian government’s Information Network Security Agency (INSA) signed an agreement valued at USD 10 million. The agreement refers to the implementation of a project aiming at the establishment of a modern energy market in Ethiopia and is planned to be fully implemented by the end of 2015.

The latest entrant, Kulczyk, made the bulk of his fortune by acting as an intermediary in some of the largest privatizations of Polish state-owned companies in the early 1990s.

However, he ran into controversy back in 2004 when he was called as a witness before a parliamentary investigation into management practices at PKN Orlen, the polish state-controlled refiner.

Now, the 64-year-old billionaire is zooming in on Africa and is sharing Poland’s experience in building a modern economy on the ruins of communism. The Financial Times quoted Kulczyk as saying, “Africa is a continent of poor people and rich countries which have enormous wealth locked up under the ground thanks to a lack of infrastructure.” “But in Europe we have poor countries [with few natural resources] and rich people . . . it’s a win-win.” Similar, to his plans, the Polish government is also keen on strengthening ties with Africa. The Polish Ministry of Economy last year launched the ‘Go Africa’ program in a bid to strengthen economic and business ties with the continent by encouraging Polish entrepreneurs to do business in Africa.
–
HAN & Geeska Afrika Online (1985-2014), the oldest free independent Free Press in the region, brings together top journalists from across the Horn of Africa. Including Ethiopia, Somalia, Eritrea, Sudan, Djibouti, South Sudan, Uganda, Kenya, Oromo, Amhara, Somali, Afar and Harari. Plus, we have daily translations from 150 major news organizations in the Middle East and East African regions. Contact at news@geeskaafrika.com