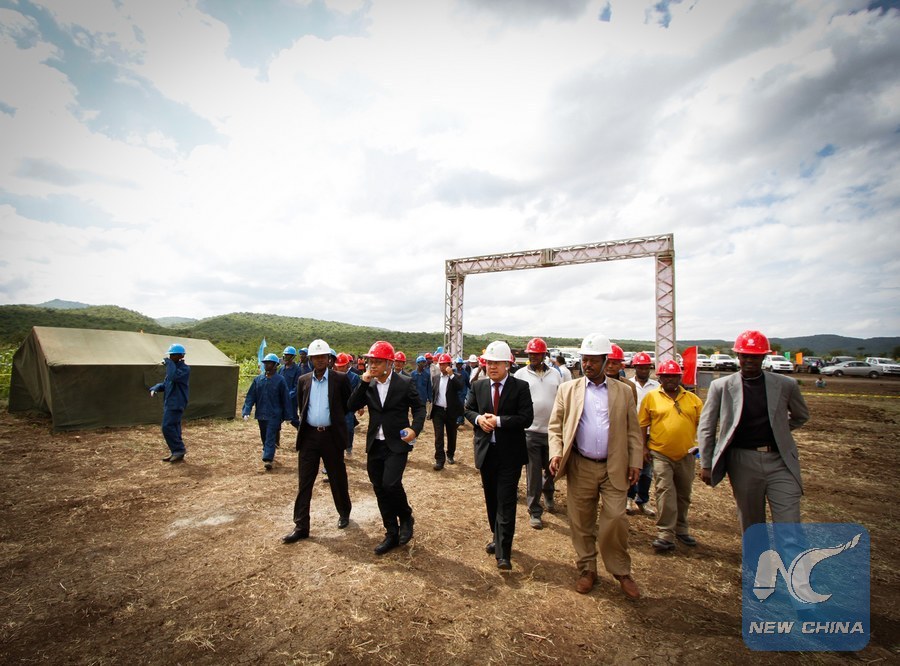 ADDIS ABABA (HAN) August 5.2016. Public Diplomacy & Regional Security News. A Chinese company has commenced the construction of a major power transmission line project which will link grids of Ethiopia with Kenya. The firm, China Electric Power Equipment and Technology (CET) announced it has launched the construction of the $ 1.26 billion mega project this week.

The 500 KV transmission line which originates in Ethiopia’s Wolayita Sodo will have power transferring capacity of 2,000 MW and runs about 1,045km, of which 445km stretches into Ethiopia’s territory. Kenya has a signed agreement to purchase 400 megawatts of electricity from Ethiopia but Nairobi says it wants to raise the power imports by multiple folds when Ethiopia completes the power plant projects currently under construction.

Currently, electricity access in Kenya’s rural areas stands at around 4% however the government plans to boost power supply by tenfold to 40% by 2020 in a bid to curtail chronic power shortage.

The East African nation further intends to replace the fossil fuel based thermal energy by importing the mainly hydro-power processed clean and cheap energy from sources in Ethiopia.

According to the African Development Bank the joint power interconnection will guarantee electricity access to around 870,000 households by 2018.

The joint venture slated for completion in 2017 will be jointly funded by the World Bank and the African Development Bank.

Sudan Tribune has learnt that the project launch ceremony took place on Monday at Wolayta Sodo, some 420 km south of the capital, Addis Ababa, in the presence of officials from the state power utility, Ethiopian Electric Power (EEP) and the Chinese company.

Mokenen Kasa, a political analyst based in Addis Ababa sees benefits of such joint venture between countries beyond economic benefits.

“Such cooperation not only does it boost Ethiopia’s economy by generating foreign currency but also bolsters ties among countries which would have crucial role to foster regional peace and stability” Mokenen told Sudan Tribune.

He said countries should widely engage in peaceful co-operation to maintain stability and thereby to harness strategic and economic benefits.

The country is putting huge investments in building hydropower plants intending to become prime regional power exporter, with a potential of $1bn a year in revenues from renewable power.

It also has plans to link its grids with South Sudan, Uganda, Rwanda, Tanzania and Yemen.  (ST)