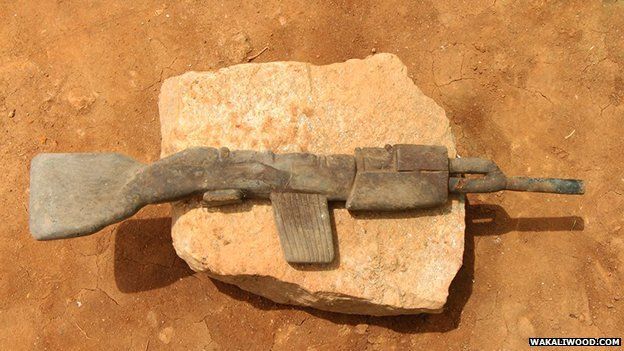 The study, titled Analysis of Armed Crime Rates, released last Monday in Kigali, was conducted between 2010 and March this year by the Regional Centre on Small Arms (RECSA) in conjunction with the African Development Bank.

The report shows that an alarming 43,512 armed crime incidents were reported in the country between 2010 and 2014, which is the highest in East Africa. The estimated total number of guns held by civilians in Uganda is 400,000, yet only about 3,000 are legally registered, according to Gun Policy statistics.

Uganda’s Police Commissioner Okello Makmot said the high incidence can be attributed to the country’s location “in the hub of a conflict zone, with various rebel groups from the neighbouring countries of the Democratic Republic of Congo and South Sudan who are believed to sneak in unregistered arms into the country.”

He said that despite the government carrying out an intense exercise to disarm the Karamojong in the east of the country, Kenya and Sudan have not done the same, meaning arms can easily be sneaked in. Over 40,000 guns were recovered in the recent disarmament.

According to Oneste Mutsindashyaka, the executive secretary of RECSA, Rwandans are 80 times less likely to fall victim of armed crimes than Ugandans.

Rwanda experienced the least number of armed crimes, with only 421 incidents reported in the period under review.

“Small arms circulation across the borders is a key driver of armed conflicts in the region. It is against this backdrop that RECSA has been implementing a number of projects in the region aimed at combating the proliferation and use of illicit firearms,” said Mr Mutsindashyaka.

Somorin Alufunso, a senior policy analyst at AfDB, said armed conflicts continue to destroy lives in the region and called on countries to implement policies aimed at eliminating illicit flow and use of firearms.

Each country has put in place mechanisms to curb armed crime, but not all are strictly implementing those mechanisms, which has led to armed crime being a serious threat to regional security, according to RECSA.