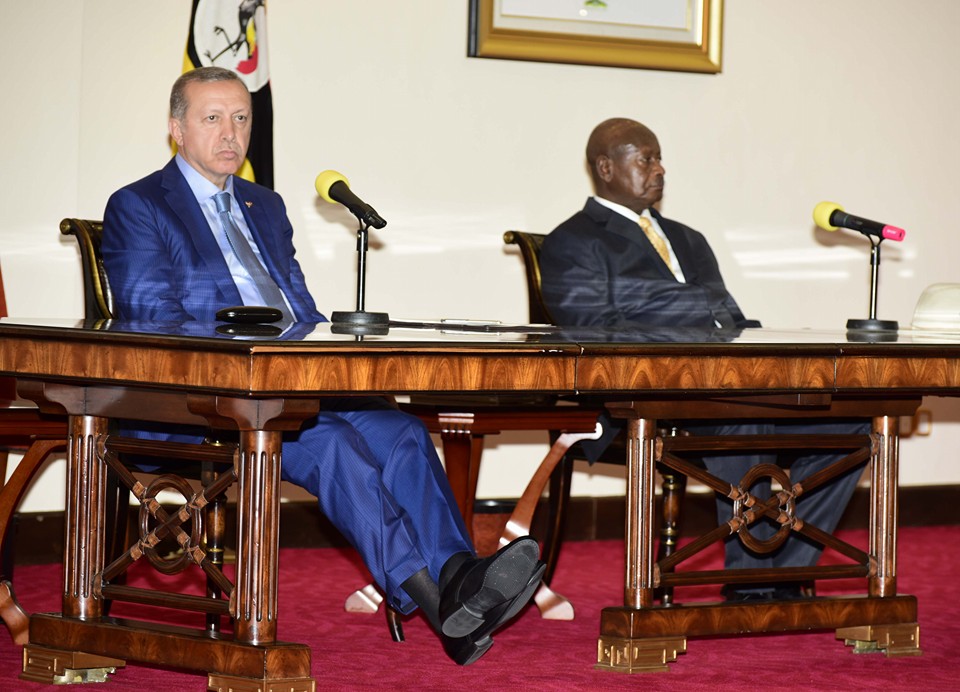 Share on Facebook
Tweet on Twitter
KAMPALA (HAN) June 2.2016. Public Diplomacy & Regional Security News. The European Union’s reduction in funding for African Union troops in Somalia is a big mistake, Turkish President Recep Tayyip Erdogan said Wednesday during a visit to Uganda.
Uganda’s government said last month it was reviewing its operations in Somalia after the EU cut its funding to the AU mission in Somalia by 20 percent.

The EU has been contributing about $200 million a year for the operations of AU soldiers who are in Somalia to bolster the country’s government against an insurgency by the Islamic extremist group al-Shabab, which is allied to al-Qaida. Turkey is seeking to join the EU.

Erdogan is in Uganda to promote trade and tourism opportunities during an African tour which is scheduled to include Kenya and Somalia. 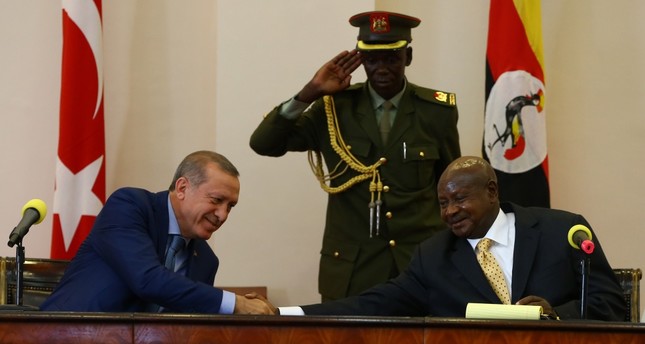 Despite being ejected from major cities in Somalia, al-Shabab carries out violent attacks in the capital and other cities and has also carried out deadly attacks on countries that contribute troops to the AU force, including Kenya, Uganda and Djibouti.

In January 2015, al-Shabab attacked a hotel where the Turkish delegation was staying ahead of an earlier visit by Erdogan to Somalia, killing at least five people.

On Wednesday, Ugandan officials said Erdogan and Ugandan President Yoweri Museveni held bilateral talks and will sign cooperation agreements on tourism, defense, immigration and education. Turkey said it will invest $600 million in an industrial park for agro-processing, manufacturing and energy.