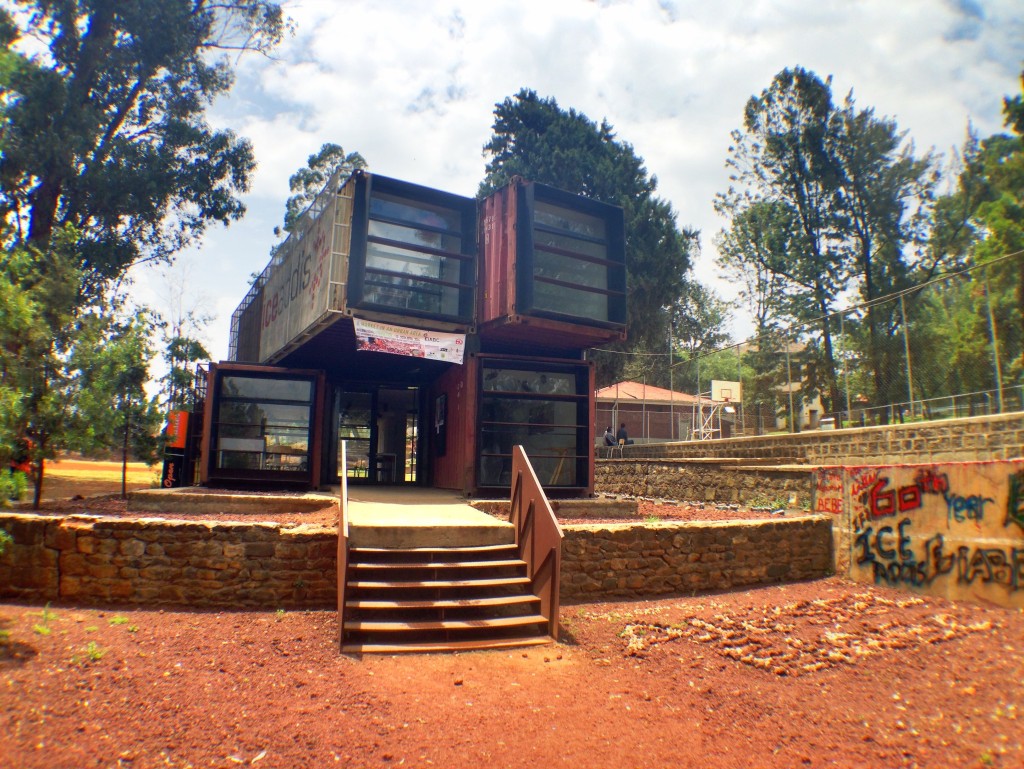 ADDIS ABABA (HAN) May 12.2016. Public Diplomacy & Regional Security News. By Abera Wondosen. Those are girls I often see in tights and mini skirts in my neighbourhood. On the eve of Good Friday , they were elegantly dressed in snow-white Ethiopian embroidered costumes with incredible stunning designs.

I feasted my eyes on the elegance of the clothes but my heart praised the ‘Shemanes’ behind the scene engaged in daily routines of producing the attires at Shiro-Meda, found at the north tip of Addis Ababa.

I needed to know how long it takes the weavers to make a cloth. Inquisitive by nature, I made haste to Shiromeda on the morrow. There I noticed, every second floor of the five condos,flanking the left side of the street, are dedicated to weavers workshop.

The little boy, Doyo Muluneh, 12, had sat by the gate busy winding the cotton yarn onto a spindle made of bamboo (Kesem) using a wooden and manually rotating object. Inside the wide open room, several youngsters and adults alike were also busy on the traditional cloth crafting art.

I asked Doyo about his role in helping out his father in the demanding labour. He told me he lends hands to his old father, Muluneh, who has been engaged in weaving for 30 years. Doyo has to wind the yarn for his father every day. But, going to school and playing with children of his age is hardly part of that daily routine.

He could not attend even extension class as he has to wind the yarn staying late into the night.

“Winding the yarn on lots of Kesem takes long time. My father should make at least a cloth in a day. So he needs me to wind it.”

I scanned the other children in the weaving room. Children, hailing from such parents throughout the nation, do the same at the expense of going to school and playing in all the crazy moments of childhood.

But one educated man, Chalachew Setegn, has innovated a new technology that will emancipate Doyo and his likes from such labour exploitation that seems rife in the country. Chalachew is the one of the young technology award winning innovators, of 2004, in Ethiopia. He has come up with a yarn winding machine as part of his graduation research project at Bahir Dar University (BDU).

“I got inspired in this project when I saw weavers winding yarns manually for a long period in the textile laboratory at BDU. I thought if I could make a modern machine I can save their time and add enhance their daily production,” he said.

No one expected a man with advanced diploma in Mechanical Engineering could come up with a path-breaking technology that will transform the local traditional weaving industry.

He developed the machine into a better, easy and workable technology when he was employed as technical assistant at Arba-Minch University.

“I will not tell the challenges I faced then. There were bottlenecks in the process of getting support from the university but I convinced the president and circumvented those challenges,” he said.

Chalachew soon made his innovative idea a reality. He said, the first machine he made failed because it proved difficult to easily rotate the winder.

“The university funded me thrice to keep on improving my yarn winding machine” Chalachew noted.

Meanwhile, he shifted to the Science and Technology Institute at Addis Ababa University (AAU). Coming to Addis created a golden opportunity to him to easily access materials, expertise and financial support.

When I first met Chalachew two weeks ago by the gate of the Institute at (Amest Kilo) he had told me that his factory employs nine people. His yarn winding machine can wind on hundred spindles at a time from different yarn balls hanging on the steel projections in his factory.

This takes four to five hours for weavers who handle the task on a manual wooden winder.

I approached Dagne Worku, a young weaver at Shuromeda. I asked him about Chalachew’s products. He said, “Everyone in this room likes the new gadgets as they save our time and labour. Previously we had to stop weaving while winding the yarn. That takes long time. If we get the winded one, we can even make two or three more clothes in a day”

Two weeks later I met Chalachew at Institute’s office again. He greeted me with a bad news. His factory has stopped producing! The reason behind the grinding to a halt of his project is the major cause that tied down young African innovators hand to leg. It is for lack of capital and shortage of inputs and market linkage he terminated production.

“I found out the hard way it is a business that only millionaires can manage. I can’t import or buy a yarn to produce more. I can buy enough yarn both from outside and local markets but it needs big money” he lamented.

Chalachew invited me to his factory at Addisu Gebeya to show me his technology. His machine is made up of a number of thin and thick steels with complex interlocks between them. Different yarn balls with varied volumes were hanged on different steels of white paint to be winded by a small machine having a set up to plunge in many spindles. The hanged yarn could then be winded on those many spindles at a time manually or mechanically.

The machines stand there as they are but the workers, women and youngsters inclusive, who used to win bread out of the business or technology are not there because the work is demanding a huge capital that Chalachew can’t afford.

When he repeatedly talked to me how much his machine can respond to unemployment in Ethiopia. I understood he is a selfless man. If his machine is duplicated and distributed to all regions, Chalachew said, it can create more than 30 thousand jobs to the youth.

A survey conducted a decade ago shows there are more than 5 hundred thousand Shemanes (weavers) in Ethiopia. This number might have doubled now. According to Chalachew, 10 thousand machines are needed to respond to the yarn demand from all these weavers.

“If they are provided with the winded yarn, they could produce more and increase the country’s textile export. To do so, it needs multiplying over the yarn machine and creating a market linkage” Chalachew said.

His preliminary research shows the business requires an initial investment capital of 4 to5 million birr to go operational at full capacity. Either investors should be forth coming to breathe fire in the innovative work or youths should be organized to do the business with some support from government and other key stakeholders.

I observed hundreds of weaver congregated at different floors of condos at Shuromeda and Addisu Gebeya. Every weaving worker thinks this young innovator deserves every support because he is the one who relieved them from a back breaking and time consuming labour to which Ethiopian weaversr used to squander for ages.

“We don’t need Chalachew stop producing. We had never been as happy as we were when we got such ready to use yarns in this job” one of the weavers said to me.

There is a viable science and technology policy in Ethiopia that support innovation but I pondered why Chalachew is facing the challenges due to capital shortages and market linkage while he deserves support and encouragement as an innovator.

Chalachew said it was the Ministry of Technology that has been backing him in different aspects since the inception of the business.

“But offices down in every layer of the government structure expected to tap me on the back and facilitate support prove reluctant . They are not positive. Rent-seekers are sure to block my ways” he said.

I reflected that Despite Africa’s interest to transform its manufacturing through technology, lack of capital and input as well as market linkages remain clogging factors to innovators’ thrust forward.

Chalachew never stops to translate all his ideas into mechanical object. He showed me a multipurpose shelf style whiteboard in his classroom that could easily be pulled up and down. “It doesn’t matter how short or tall one is. One can move it up and down to write on,” he showed me in practice.

When he told me that he also has another ready made design to innovate a weaving and road marking machine, I saw that he is a man truly born for innovation in mechanical engineering. But all these personal skills and efforts, without a timely financial and moral support to widely implement them, will only remain prototypes in universities.

As he tries to automatize and mechanize the textile industry with his locally innovated machine, Chalachew is not only creating jobs and increasing costume production but also unshackling thousands of women and children that the economy oppressed.

Mechanical Engineering School Head Getasew Taddese describes Chalachew as a creative man with the pursuit of achieving his innovations used by peoples of this poor nation.

“If he gets the financial support, I am sure he will come up with more innovations in line with this and he will research more on it”

So will we see Chalachew’s factory materialized, and weavers in Ethiopia leave such a task to him; and fast make many types of attire in a day thereby secure larger export so that Chinese and American women wear an Ethiopian Tibeb and Netela in response to the looming cultural imperialism? 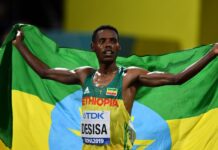