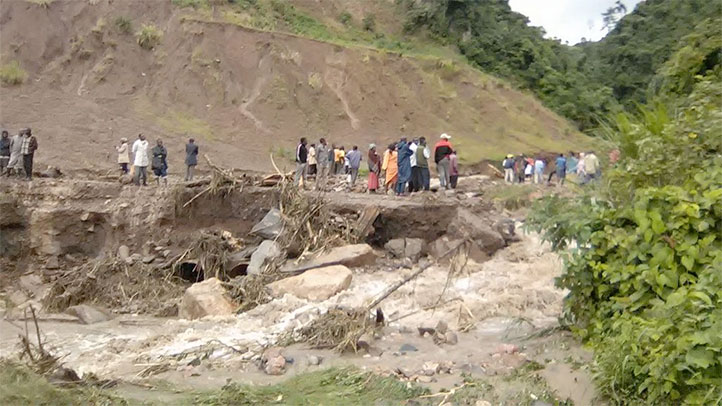 ADDIS ABABA (HAN) May 11.2016. Public Diplomacy & Regional Security News. Flash floods displaced nearly 120,000 people in Ethiopia last month and a total of almost half a million are expected to be affected this year, government and humanitarian agencies said on Wednesday.

The floods are part of the global El Nino weather phenomenon that had previously caused a severe drought in the Horn of Africa nation following successive failed rains.

The drought has left 10.2 million people in need of food aid and aid agencies say that figure could rise to more than 15 million by August. Ethiopia’s total population is 90 million.

Data from the International Organization for Migration (IOM) showed 119,711 people in six provinces had been displaced by last month’s “exceptional” flooding. Some of the affected regions had already been hard hit by food shortages, it said.

The United Nations Office for the Coordination of Humanitarian Affairs (UNOCHA) said in a newsletter that a total of nearly 190,000 people across Ethiopia could be “displaced at some point”.

River and flash floods caused by Ethiopia’s “belg” rains which run from February to April are likely to affect a total of 485,610 people this year, UNOCHA said. The floods are hampering the deliveries of food aid, it added.

State-affiliated news outlets said up to 50 people had died so far from flooding or flooding-induced mudslides in Ethiopia’s southern regions.

The El Nino phenomenon is a warming of ocean surface temperatures in the eastern and central Pacific that occurs every few years.

Its global consequences include drought in some parts of the Americas, eastern and southern Africa and southeast Asia, as well as abnormally wetter conditions in some countries.

Ethiopia was ravaged by famine in 1984 which killed hundreds of thousands of people but it now boasts one of the Africa’s fastest growing economies and experts say it is far better able to cope with a new crisis.