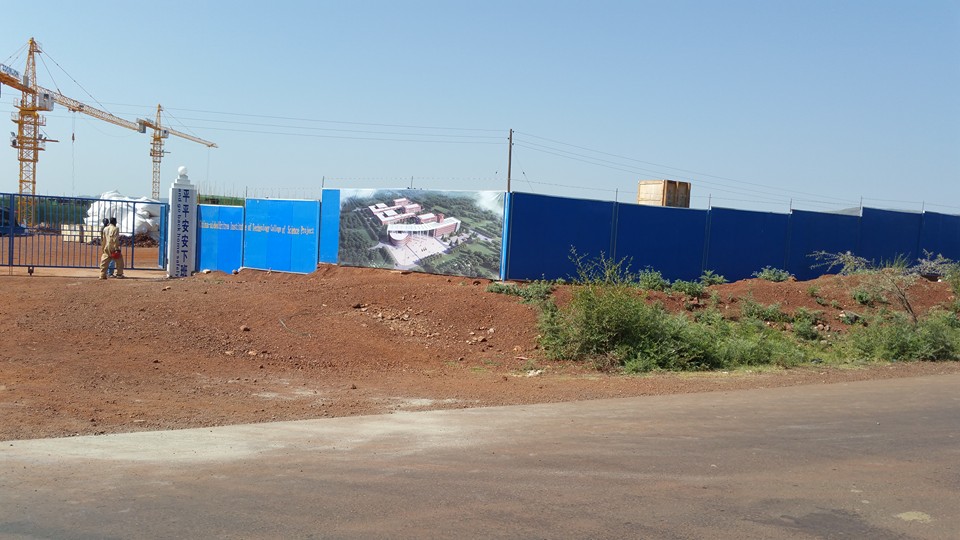 ASMARA (HAN) May 4. 2016. Public Diplomacy & Regional Security News. PART I: DEVELOPMENT POLICY FORMULATION.  by Prof. Abraham Kidane. Eritrea’s 25th  Independence Anniversary is an opportune event to undertake a sober reflection of the country’s development policy, progress to date, and prospects. The following is a capsulated review of Eritrea’s socio-economic development policy, progress, and a brief outlook of the near future.

At liberation in 1991, the Eritrean economy was in a sorry state.  Indeed, an estimated seventy per cent of the population was poor. Abject poverty and deprivation were even greater in rural communities where the majority of citizens lived. Streets and artery roads were destroyed by war machinery, the once vibrant manufacturing sector was in disrepair, and plant machinery had been cannibalized for scrap metal. Furthermore, basic public services such as transportation, healthcare, education and sanitation were almost non-existent. Utilities such as electricity, telephonic services, clean and safe water were in short supply. Only approximately 15 per cent of the national population had access to clean and safe water, government coffers were empty, and private deposits at banks had been hauled away by the fleeing enemy army. Under these circumstances, all indicators of wellbeing including health status, life expectancy at birth and consumption of goods and services indicated woeful inadequacy and societal distress.

Against this background and deeply rooted socio-cultural and historical values of societal cohesion, harmony, sharing, and a great sense of national dignity, a pragmatic and forward-looking development policy emerged. The government adopted what can be referred to as a pro-poor development policy anchored upon poverty eradication in all its forms, social justice, and sustainable development in an environment of social harmony and peace.  These core elements of the national development policy are not simply popular ideas adopted by government. On the contrary, they are deeply rooted in the socio-cultural values and history of Eritrea as well as the bitter experiences of the long struggle for independence. They reflect the aspirations of Eritrean society, past and present, the sacred wishes of the martyrs who sacrificed their lives so that Eritrea will be free not just from colonization and oppression but also from hunger, disease and ignorance. However long it takes, this freedom cannot be assured without sustainable development. In the words of Nobel Laureate Economist Amartya Sen “The development process is an enlargement of human freedom”.

To achieve this freedom, a widely consultative process resulted in the formulation of a socio-economic development policy that is articulated in both the National Charter and the Macro Policy document (both of 1994). The policy seeks to develop an economy in which opportunities and prosperity are widely and equitably shared. It seeks to foster socio-cultural, economic and political life that is rich, diverse, harmonious and satisfying while maintaining equity and social justice for all. Through well vetted investment, trade, and financial policies, the Government further seeks to develop an economy that is open and actively supportive of regional economic integration and international cooperation.

Sustainable development is mainly the result of internal efforts that are anchored on high self esteem, self-reliance and owner ship of  policies and programs. Eritrea espouses these fundamental principles. However, its emphasis on self-reliance is sometimes misconstrued as rejection of development partnership or even as voluntary isolationism. Self reliance  in the Eritrean context is none other than emphasis on,first and foremost, the effective utilization of national human and material resources before seeking external assistance or cooperation.Examples abound of national systems that have failed to alleviate poverty and deprivation of the majority of their populations due to corruption or the propensity and zeal of leadership at every occasion to plead for external aid. By the same token there exist examples of once poor small nations that have prospered based on policies of self reliance in spite of the fact that their natural resource endowments were negligible. In simple terms,Eritrea’s policy of self-reliance seeks to avoid the pitfalls of the insidious culture of dependency.

Empirical evidence of the sources of growth in most developed nations reveals that the single most important source of growth and development has been human capital. This continues to be the case in all economies regardless of their sizes and known physical resource endowments. Educated and skilled labour is not only productive but also enhances the productivity of all other factor inputs in the production system. To eradicate poverty and to secure sustained development with social justice, Eritrea’s priority development strategies include development of human resources, agriculture,infrastructure, and rural development.

Sustainable national development programs further require inclusion and wide participation of citizens in regard to gender, age or cultural identity and diversity of interest.Eritrea’s development strategies are inclusive and diversity sensitive. Early during the struggle for independence, the Eritrean People’s Liberation Front (EPLF) recognized the importance of women’s emancipation and empowerment in development, and established the National Union of Eritrean Women (NUEW) in 1979. Ever since its establishment, NUEW has advocated women’s equal participation in all aspects of Eritrean life including the honor of bearing arms side by side with men.  Equally significant are the establishment, during the struggle, of the Confederation of Eritrean Workers (NCEW), the National Union of Eritrean Youth and Students (NUEYS), and the Cultural Affairs unit that includes music, arts, theatre and cinema. These and other professional associations promote the interests of their respective groups and play effective roles in educating and training their members for national development. Eritrea’srecent and remarkable advances in social and cultural life through sports and athletics, music and the arts speak not only to the enrichment of Eritrean lives but also to the essence of development. Development is a multidimensional phenomenon that, in addition to economic growth, increments in real incomes and the meeting of basic needs,leads to satisfying lives for all citizens in an environment of peace and social harmony.

At the outset of these remarks, I noted that at the time of national liberation in 1991, the great majority of the Eritrean people were impoverished and haggard. At that time as at the present moment, the majority of citizens lived in rural areas that were neglected and undeserved, and they suffered from abject poverty. Moreover, even at the low level of incomes that was then national in magnitude, income and wealth distributions were unacceptably inequitable. Extreme inequality does not only make mockery of all other advances but it is outright dangerous, immoral and socially divisive. Currently, several countries including some that are otherwise growing fast are experiencing widening inequality. Few people, usually urbanites, get extremely wealthy often at the expense of the majority. Unless appropriate and timely policies and measures are applied, this can have deleterious effects that should be worrisome to policy makers. In the midst of widespread poverty, therefore, it was pragmatic and far-sighted for the Government of the State of Eritrea to have ranked food security and rural development as top priorities in its national development strategy. This is a brief review of Eritrean cultural, social and political values as well as history that formed the basis of post-liberation development policy It also provides a glimpse into how this socio-economic policy landscape evolved over time. In parts II and III we will briefly review the key achievements during the first twenty five years of independence, and the challenges and prospects, respectively.

Written by Prof. Abraham Kidane Economic Advisor in the Ministry of National Development