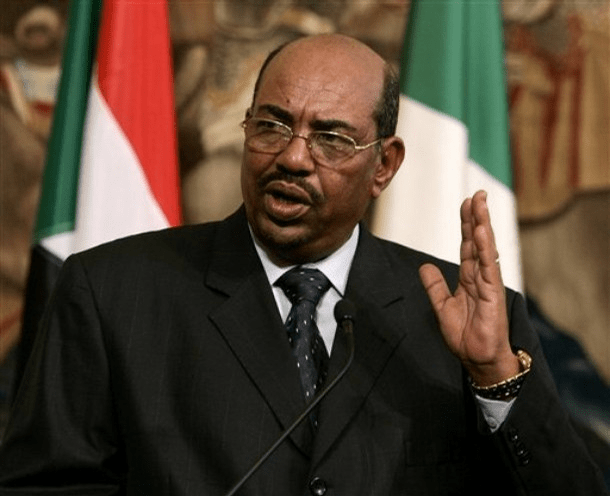 In an interview with the BBC Arabic Service, Bashir said he is not worried about the accusations of the International Criminal Court (ICC), pointing that the arrest warrant issued against him by the court has increased his popularity among the Sudanese people and paved the ways for him to win last year’s elections.

Bashir was indicted by the ICC in 2009 over alleged war crimes and crimes against humanity during the Darfur conflict.

He said that the great masses who received him during his recent visit to Darfur is the best proof that he didn’t oppress them and that they love him.

Bashir added that the arrest warrant didn’t impact on his role as a president, saying he visited a number of countries including China, South Africa and Indonesia.He defied the ICC to arrest him, saying that Washington refused to grant him a visa several times.

Since the issuance of the two arrest warrants, Bashir limited his trips abroad to ICC non-party states but he also travelled to five signatory states including the Democratic Republic of Congo (DRC), Nigeria, Malawi, Djibouti and South Africa.

His last year’s trip to South Africa drew international attention after he flew out of the country defying a High Court order which order the government to ban his departure until an application calling for his arrest had been heard.

The Sudanese President said that Darfur region is free of rebellion except for a few pockets of the rebel Sudan Liberation Movement (SLM/AW) led by Abdel-Wahid al-Nour in Jebel Marra, pointing that his government would launch a campaign next month to disarm the tribal militias and resettle the IDP’s and refugees.

He denied that the Sudanese army had bombed civilians or burnt villages during the recent clashes in Jebel Marra.

Clashes are taking place in the massif of Jebel Marra since mid-January between the government troops and the SLA/AW.

Bashir said the security and humanitarian situations in the region have greatly improved, pointing that the hybrid peacekeeping mission in Darfur (UNAMID) and the aid groups are no longer needed there.

He stressed that the Sudanese government is capable of providing assistance to the IDP’s, saying there are only 160,000 IDP’s in Darfur not two millions as claimed by the United Nations agencies.

Bashir demanded the West and the United States to be fair in their assessment of the situation in Sudan, pointing to his government’s efforts to achieve peace in Darfur, South Kordofan and Blue Nile.

He added that his government allowed the secession of South Sudan but the international community didn’t recognize their efforts.

Sudan says Washington didn’t honour its pledges to lift Sudan from the United States list of state sponsors of terrorism after the independence of South Sudan and kept sanctions for political reasons.

But Washington says Khartoum has to end the armed conflict in South Darfur and Blue Nile states and to settle Darfur crisis.

The Sudanese president said that efforts made by his government to resolve the economic crisis following the secession of South Sudan have begun to bear fruit, saying the economy is recovering and growing.

Sudan lost 75% of its oil reserves after the southern part of the country became an independent nation in July 2011, denying the north billions of dollars in revenues. Oil revenue constituted more than half of Sudan’s revenue and 90% of its exports.

The Sudanese pound lost 100% of its value since South Sudan’s secession. One US dollar is now trading at 12.4 Sudanese pounds (SDG) in the black market. The official exchange rate is around 5.7 pounds to the dollar.