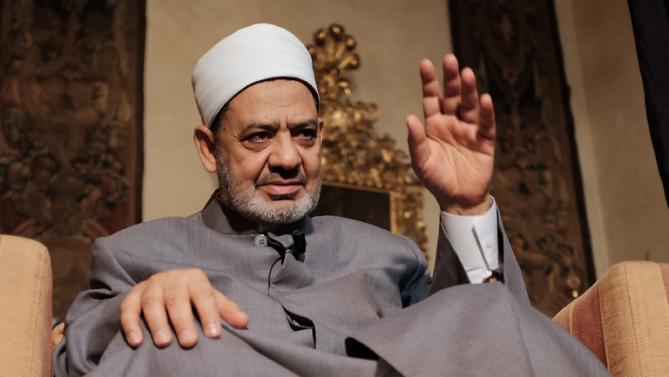 The Grand Imam of Al-Azhar, Sheikh Ahmed Al-Tayeb, told the German Parliament on Tuesday that Christianity was the first to provide sanctuary to Islam, saying that without it the religion would have been eradicated at its inception.

The sheikh was referring to the early companions of Prophet Muhammad, who fled Mecca to Ethiopia after facing persecution and torture for their Islamic faith at the hands of the prophet’s enemies.

The Grand Imam also called for unity to defeat terrorism and extremism, while urging interreligious peace during his Tuesday address to the German parliament.

Sheikh Ahmed Al-Tayeb told the Bundestag that Islam has never justified “terrorist crimes,” stressing that Muslims have suffered the largest losses in what he described as a “deadly epidemic.”

“Real openness between religions and its believers is essential for the East and West to combat intercontinental terrorism.”

The imam urged the West to help Arab and Muslim countries build its democracies, saying this can only take place through an “exchange of culture, non-tyrannical dialogue and education, trade, and technology exchange programs.”

Al-Tayeb hailed as “noble and humane” the efforts by German Chancellor Angela Merkel to integrate migrants of all religions into Germany, while also lauding her participation in anti-Islamophobia protests last year.

Responding to a question by one MP about why Islam only allows Muslim men to wed non-Muslim women but not vice versa, Al-Tayeb said this practice comes down to the fact that a major part of the Islamic faith is rooted in the recognition in Christianity and Judaism.

“Islam dictates that a Muslim husband should assist his wife in practicing her religion, which he believes in,” he said.

“On the contrary, a non-Muslim husband does not believe in Islam and thus could hurt his wife by not respecting her religion, prophet, or practices, which will eventually affect love in such a marriage.”

Al-Tayeb arrived to Germany on Sunday to meet with senior government officials and church leaders.

He is also expected to meet with Catholic Pope Francis on the sidelines of a 17 March global interfaith conference reportedly taking place in Berlin.

This will be the first such meeting between the two religious leaders in five years since Cairo suspended dialogue with the Vatican in 2011 to protest “anti-Muslim” remarks made by Pope Francis’ predecessor Benedict XVI following a deadly church bombing in Egypt’s Alexandria. Sources: ahram.