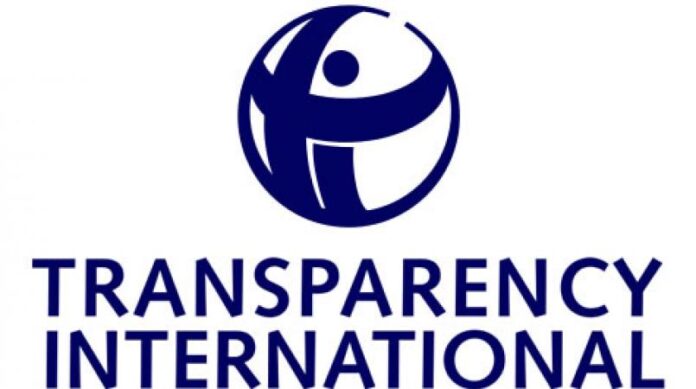 NAIROBI (HAN) January 28, 2016 – Public Diplomacy and Regional Stability Initiatives News. Corruption is still a major problem around the world but more countries are improving than worsening and the United States and United Kingdom have reached their best rankings ever, an anti-corruption watchdog said Wednesday.

Denmark remained at the top of  Transparency International Report’s Corruption Perceptions Index, a closely watched global barometer, for the second consecutive year as the country perceived as least corrupt. It scored 91 points out of a possible 100 while North Korea and Somalia remained at the bottom with unchanged scores of 8.
Canada moved up to ninth spot with 83 points, just ahead of a three-way tie for 10th spot by Germany, Luxembourg and the United Kingdom with 81 points each. Last year, the country placed 10th with 81 points.
The U.S. rose one spot this year to 16th place with a scor
e of 76, tying with Austria.
The index is based on expert opinions of public sector corruption, looking at a range of factors like whether governmental leaders are held to account or go unpunished for corruption, the perceived prevalence of bribery, and whether public institutions respond to citizens’ needs.
The other top spots, from second to eighth, were occupied by Finland, Sweden, New Zealand, Netherlands, Norway, Switzerland, and Singapore.
Transparency said there was still a lot of room for improvement in Europe and Central Asia, which it grouped as one region, saying “in low-scorers Hungary, Poland and Turkey, politicians and their cronies are increasingly hijacking state institutions to shore up power.”
“It’s even grimmer further down the index,” the organization continued. “In Azerbaijan, Kazakhstan, Russia, Uzbekistan and others, governments are restricting, if not totally stifling, civil society and free media.”
Russia sat in 119th place, tied with Azerbaijan, Guyana and Sierra Leone, although its score improved from 27 in 2014 to 29 in 2015, bringing its ranking on the list up from 136th place.

Brazil, in the midst of a massive corruption scandal at the state-owned oil company Petrobras, posted the biggest decline, falling 5 points to a score of 38 and dropping 7 positions to 76th place.
Transparency noted that in places like Guatemala, Sri Lanka and Ghana, citizen activists have “worked hard to drive out the corrupt.”
“The 2015 Corruption Perceptions Index clearly shows that corruption remains a blight around the world,” said Transparency head Jose Ugaz. “But 2015 was also a year when people again took to the streets to protest corruption — people across the globe sent a strong signal to those in power: it is time to tackle grand corruption.”
Overall, two-thirds of the 168 countries studied scored below 50 and the global average was 43.
Still, Transparency said it was a good sign that 64 countries improved their score while only 53 declined. The rest were unchanged.
Top 10 least corrupt countries:
1. Denmark
2. Finland
3. Sweden
4. New Zealand
5. Netherlands
6. Norway
7. Switzerland
8. Singapore
9. Canada
10. Germany, Luxembourg, United Kingdom
Top 10 most corrupt countries:
1. Somalia, North Korea
2. Afghanistan
3. Sudan
4. South Sudan, Angola
5. Libya, Iraq
6. Venezuela, Guinea-Bissau, Haiti
7. Yemen, Turkmenistan, Syria, Eritrea
8. Uzbekistan
9. Zimbabwe, Cambodia, Burundi
10. Burma, Democratic Republic of the Congo, Chad