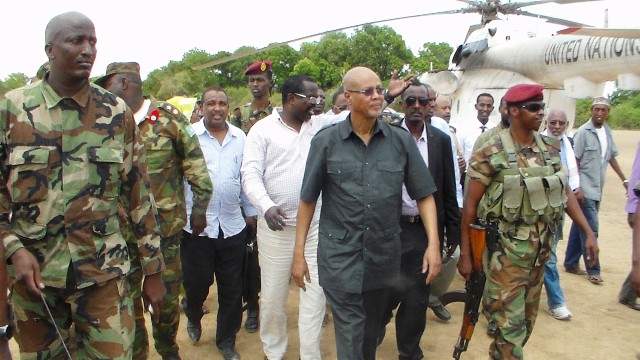 Djibouti (HAN) October 21, 2015 – Breaking News – Public Diplomacy and Regional Security News. The defence chiefs from ten East African nations gathered in Djibouti this week to work on a plan aimed at building their countries’ own peacekeeping forces, with the aim of responding to emergency situations in East African countries. The plot comes in the wake of growing insurgency mainly by the Somalia-based Al-Qaeda linked Al-Shabaab group, which has carried out numerous deadly attacks targeting the East African countries.

Somalia’s defence minister Abdiqadir Ali Dini, who attended the conference in Djibouti, told reporters that the Standby Force would be able to intervene in a Member State in respect to grave circumstances or at the request of a Member State in order to restore peace and security:

“If the building of this force succeeds, I hope they can deal with the emergency security needs for East African countries.”

Among the proposed mandates of the force, which would make up a military, police and civilian component, is peace-building, including post-conflict disarmament, demobilization and observation and monitoring missions.

Last year, Somalia’s former Prime Minister Abdiweli Sheikh Ahmed recommitted Somalia to the force (EASF) during an African Union summit in Equatorial Guinea. The horn of Africa nation which is facing a deadly insurgency by Al-Qaeda already hosts a 21000 strong force from the African Union, who are struggling to contain a guerrilla warfare by militants.

EASF deployed fourteen officers in a one-year mission from 2012 to 2013, as part of a technical team that supported the African Union Mission in Somalia (AMISOM) during the establishment.