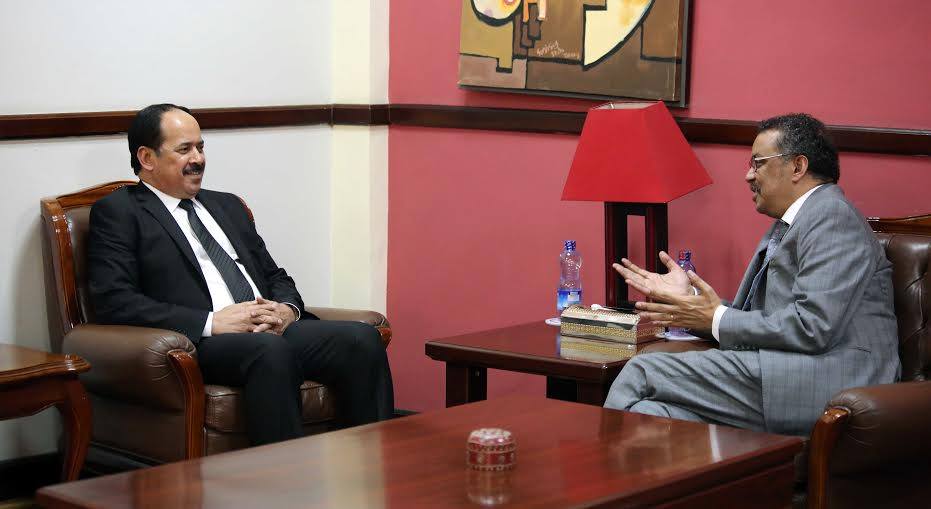 ADDIS ABABA (HAN) November 5, 2015. Public Diplomacy & regional Security. Foreign Minister Dr. Tedros met the departing Ambassador of the Islamic Republic of Mauritania, Ambassador Hamadi Meimou on Tuesday (November 3). Ambassador Meimou is leaving Addis Ababa to take up the position of Minister of Foreign Affairs and Cooperation of Mauritania. Ambassador Meimou thanked Dr. Tedros for the support the Government of Ethiopia had given to him during his time in Ethiopia. 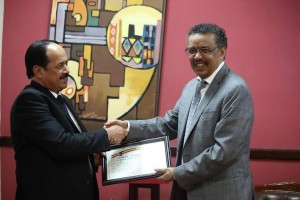 Foreign Minister Dr. Tedros, who thanked Ambassador Meimou for all he had done to bring the two countries closer together, wished him every success in his assignment as Foreign and Cooperation Minister of Mauritania. He invited him to make a visit to Ethiopia as one of his first official visits. Dr. Tedros also agreed that it would be valuable to increase the respective investment opportunities of the two countries for their mutual benefit. MFA