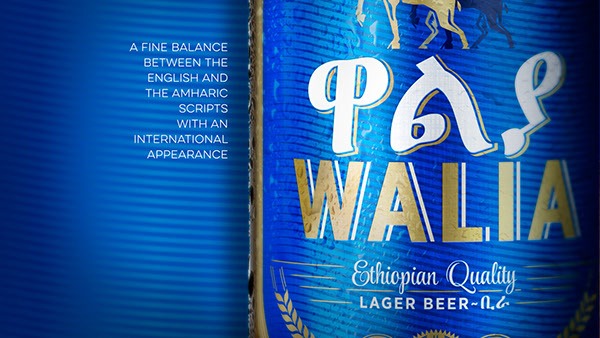 ADDIS ABABA (HAN) October 19, 2015 – Public Diplomacy and Regional Investment Initiative News. Heineken Breweries S.C. can no longer use its well promoted beer brand, Waliya, following the verdict of the Lideta Federal High Court on October 11, 2015 which shifted the right to use of the trademark Waliya, to another ongoing brewery project run by Kangaroo Plastic Plc. 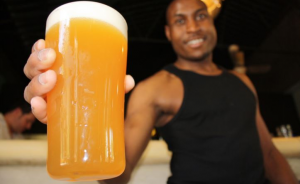 in Oromia Regional State in Modjo, Kebele 02 before Heineken Breweries.

Later, on February 25, 2014, Heineken Breweries requested EIPO to register the same trademark for one of its beers, which was not acceptable by the office due to the former registration of the same brand by Kangaroo. In its rejection to register the trademark and name, EIPO instructed Heineken to modify or come up with another name.

The registered name for both parties in EIPO was ‘Ibex’ which was later translated into Amharic by Heineken. The ibex is a wild mountain goat with long, curved horns.

Kangaroo Plastic was the major local distributor of the Heineken beer and later in 2010, the two had begun working to form a partnership for a new brewery. The partnership agreement has since terminated, ending Kangaroo’s role as a distributor as well as prospective partner, according to Ephreme Yirga, one of the co-owners of Kangaroo Plastic declining further explanation.

When Heineken sought to renew the second application, it had neither modified the name Walia, nor had it come up with a new name. It rather, argued convincingly, that Kangaroo had to lose the Walia name as it had not used it for three years, the period of limitation in the intellectual property law to cancel a formerly registered trade name and mark.

Kangaroo took its case to the EIPO’s appeal hearing Tribunal through its lawyer Mekonnen Semu, who mentioned as Force majeure, a fire accident at Kangaroo Plastic’s plant, which had interrupted the machinery procurement process for the brewery project. The company was forced to suspend the brewery project and reinstate the foam factory’s operation, he argued. It accused Heineken of lying to the EIPO that Kangaroo’s brewery project was dropped.

That argument was rejected by the EIPO.

“The two companies have different legal personalities with different rights and obligations. The fire accident occurred in Kangaroo Plastic and this should not be used as a Force majeure ground for the brewery project not utilising the trademark,” the Tribunal reasoned.

Kangaroo took its case to the High Court, arguing that the Force majeure defense was valid, as the brewery was to be made using the revenue from the foam factory.

Heineken’s lawyer Mehari Redie had argued that the case was not within the jurisdiction of the court but of an administrative tribunal. The Force majeure argument of Kangaroo should have a direct relationship with the brewery project; damage in another factory could not be a defense. He added that the Ethiopian Insurance Corporation (EIC) had paid compensation for the fire damage.

The insurance coverage given to the factory was insufficient to complete the brewery project and Heineken did not come up with other arguments related to the suspension of the project. Hence the court reversed the EIPO tribunal’s decision ordering the office to cancel its registration of Walia for Heineken and reinstate Kangaroo.

The outcome of the case was in general good, but the High Court’s saying the companies are owned by one person is not proper. What it should have said was that the project has no separate legal personality, Kangaroo’s second lawyer Tafess Yirga said.

“In the Ethiopian legal framework there is no explicit law that governs corporate relationships. There is no concept of sister company unless de facto. But if the concept has to be applied de facto sister company, the term may be applied to subsidiaries of a parent company. This relationship has an impact of merging legal rights and responsibilities such that debts of one may be paid by the other. However, in the absence of such explicit relationships in the law, it is wrong that the tribunal decided that the two companies have separate legal personalities and the accident in one company could not be an excuse for the other. In addition to the tribunal, the High Court also committed misinterpretation in saying the two companies are owned by one person and damage incurred by one has a direct relationship with the other,” Liqu Dametew (PhD), legal expert in Competition Law & Corporate Governance commented.

What constitutes Force majeure is even controversial and a fire accident is not Force majeure but rather a foreseeable incident, Liqu extrapolated.

Another legal expert with specialisation in trademarks emphasised the gap in the law in determining the acts constituting Force majeure. But he noted that cancellation of trademark registration should consider the genuine intention of the party to use the trademark. Given the fire accident’s indirect impact on the beer project, he supported the High Court’s decision and considered the accident as a legitimate reason.

“We are going to appeal to the Supreme Court and I have no further comment on the judgment,” Mehari Redie said.