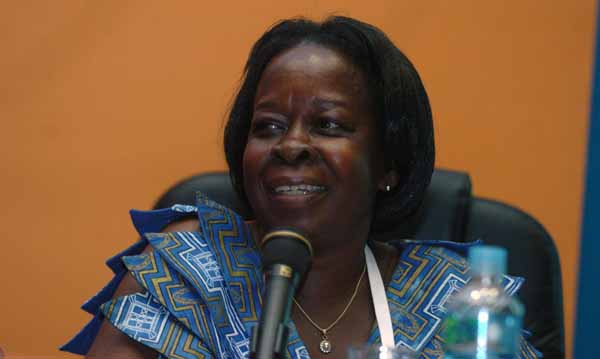 The agreement is also expected to promote peace building in the conflict prone region.

According to James Lutalo, a Commissioner in the Ministry of Tourism, the Solicitor General has cleared Mutagamba to sign the agreement also referred to as the Greater Virunga Transboundary Collaboration on wildlife conservation and tourism development.

“We are waiting for the agreement to be sent through diplomatic channels to Mutagamba,” he said adding that Rwanda and DR Congo signed the treaty at Kinshasa in DR Congo on September 22nd.

He added, “We are looking at the Virunga as one landscape because gorillas do not know political boundaries. The treaty will help us to promote tourism and share revenue in case a gorilla group that was habituated in one country crosses into another country.”

Lutalo said the collaboration has been supported by partners, Netherlands and Norway because it is contributing to conservation as well as peace building in the region.

The treaty is a result of the decision by the three countries to formalise the Transboundary collaboration that has been operational since 1991.

The signing of the agreement aims at enhancing the harmonious conservation of flora and fauna and the joint exploitation of tourism potentials and attractions as well as the tourism promotion mechanisms within the Greater Virunga landscape shared by the three countries, according to a statement sent by Vincent Mukwenge, the Communications Officer at the Greater Virunga Transboundary Collaboration.

Lutalo who represented Mutagamba at the signing ceremony in Kinshasa acknowledged the efforts by the three countries aiming at the sustainable conservation of the Greater Virunga heritage.

Francois Kanimba, Minister of Trade and Industry in Rwanda noted the Transboundary Collaboration treaty and highlighted the importance of regional integration.

He also said collaboration is expected to contribute significantly to the protection of the common heritage for the populations living within the Greater Virunga landscape in the three countries.

The Council of Ministers meeting was preceded by the meeting of the experts of the three state parties to the Treaty held on 21st September 2015 which was chaired by the Director General of Institut Congolais pour la Conservation de la Nature.

In a related development, the three countries sharing the remaining population of Mountain gorillas on Monday embarked on a gorilla census, which is expected to run for one month in the Virunga shared by Uganda (Mgahinga), Rwanda and DR Congo.

Jossy Muhangi, the Public Relations Manager at the Uganda Wildlife Authority (UWA) said counting of the gorillas started on Monday in Congo.

“We have a team of rangers and monitoring offers who are taking part in the Mountain Gorilla Census,” Muhangi told New Vision, adding the Census is expected to run for a month.

The gorilla population is currently estimated at 880 and Uganda’s Bwindi Impenetrable National Park has more than half of the population. newvision