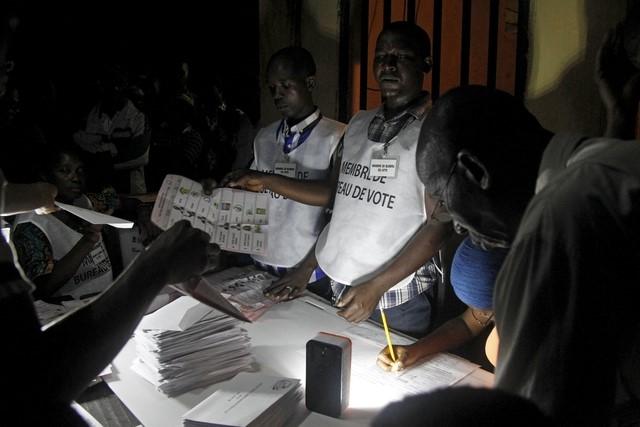 President Alpha Condé, 77, was widely expected to win a second mandate, although Sunday’s results were expected to be close enough to require a runoff, probably against his main rival, Cellou Dalein Diallo.

The streets were calm in the capital, Conakry, and elsewhere after clashes last week between security forces and supporters of rival parties that left several dead and dozens injured.

Plainclothes police officers stood vigil at polling sites where some people waited for hours in the rain to cast their ballots.

At some sites there were complaints that paperwork and officials had not arrived by late morning and that some voters’ names were absent from the rolls.

“They told me to leave; they told me not to vote because they can’t find my name or picture on the electoral list,” one would-be voter, Abdulaye Barry, said.

The Independent National Electoral Commission extended voting by two hours to make up for organizational delays.

European Union monitors were observing the vote, whose results were not expected for several days. Polls have suggested that the population is quite divided, and analysts said a victory for Mr. Condé in one round could prove dangerous.

“Violence is still quite likely,” Alexandre Breining, an analyst with Africa Practice, a consulting firm, said in Conakry. “There is a high chance that as soon as the provisional results are out, opposition leaders will ask supporters to take to the streets.” NewyorkTimes